"Are you now or have you ever been a member of the Church of Jesus Christ of Latter-day Saints?" No one has asked me that precise question. But many people have asked me something in that vein. Sometimes they are curious. Sometimes readers want to know whether a historian writes with an axe to grind or from a particular vantage point.

Some scholars of religion will not answer questions about their own beliefs, practices, and affiliations. I'm not of that mindset. While I believe that historians have an obligation to approach their subjects in an even-handed and fair manner, no one is purely neutral or free from biases. It's useful for historians to be aware of theirs, and these are good questions for readers to keep in mind as well.

I am a cradle-to-halfway-to-the-grave Presbyterian (straddling mainline and evangelical Protestantism) and belong to Burke Presbyterian Church. I came of age in evangelical parachurch organizations, namely Young Life and InterVarsity Christian Fellowship. One of the things that drew me to the study of U.S. History was a desire to understand the institutions and personalities that had shaped my own religious culture. My dissertation-turned-first book, Bill Bright and Campus Crusade for Christ: The Renewal of Evangelicalism in Postwar America, won Christianity Today’s 2009 prize for best History / Biography.

Once, when a student asked me about my religious affiliation, I told him that I am Presbyterian. "Nothing too crazy," he suggested. As President Donald Trump once observed, "that's down the middle of the road folks." That's not an inaccurate characterization of American Presbyterianism, but I told my student that he would have no trouble finding people who consider things like the resurrection of Jesus to be rather "crazy." When it comes to religion, what other people believe is usually crazy. I am happy to claim an identity as both "evangelical" and "Presbyterian." Just in case you were going to ask, I am not among the 81% of white evangelicals who voted for Trump. I'm not that crazy (see previous comment on craziness if you don't realize I'm kidding)! See my November 2016 thoughts on the Trumpocalypse. 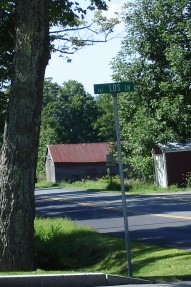 Enough navel-gazing! After my first book, I wanted to occupy terrain less familiar to me. I had considered writing a study of the Latter-day Saints and conservative politics since 1945, but as I began examining the history of Mormonism, I found myself pulled toward the earlier time period. The result was Brigham Young: Pioneer Prophet. I had an enormous amount of fun writing this book. My portrait of Young emphasizes his early religious experiences (such as speaking in tongues), the effect of Joseph Smith’s murder on Young’s personality and approach to leadership, Young’s outsized family, and his thirty-year struggle with the U.S. government for control of the Utah Territory.

After spending several years researching the life and times of Brigham Young, I wanted to focus more intently on Mormonism’s place within the broader tapestry of Christianity. Whether reading Mormon scriptures or entering Latter-day Saint chapels or visitors’ centers, one can hardly ignore the centrality of Jesus Christ. At the same time, many Protestants and Catholics consider the LDS Church something other than Christian, and many scholars describe Mormonism as a “new religion.” I explore the many ways that Latter-day Saints have described and experienced the Christian savior in The Mormon Jesus.

Most recently, I have written a history of Plymouth Colony, appearing in conjunction with the 400th anniversary of the Mayflower crossing. In They Knew They Were Pilgrims, a group of English settlers intending to plant the pure church of Christ in North America stumbles into the hard realities of starvation, disease, native alliances and antagonisms, trans-Atlantic trade, and British politics. I explain what the Pilgrims understood by “liberty” and how other peoples in Plymouth Colony contested that meaning and expanded its bounds.

Circling back to the questions at the outset, it's important to have both insiders and outsiders (and folks in between) writing histories of religious groups. We need evangelicals, ex-evangelicals, and people who have never been evangelical writing about evangelicals. It's the same when it comes to Islam or Judaism or the Church of Jesus Christ of Latter-day Saints. I'm lucky enough to have a secure job that lets me write about what fascinates me without any obvious constraints. If you read one of my books, I would love to hear whether or not you think I've gotten the story right and treated the individuals and movements involved fairly. Feel free to get in touch.